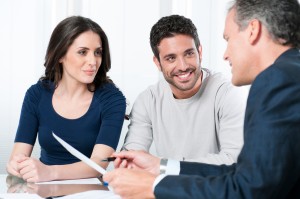 The Big Bang Theory actress Kaley Cuoco is one of the highest paid actresses on television. She earns one million dollars per episode and has a net worth of $44 million. Before she married tennis star Ryan Sweeting in 2013, Cuoco asked him to sign a prenuptial agreement (“prenup”).

After less than two years of marriage, Cuoco filed for divorce. She assumed the prenup would be valid. However, Sweeting alleges that the prenup shouldn’t be enforced and he wants spousal support. So, is The Big Bang Theory star’s prenup ironclad? A better question might be – is any?

Cuoco Was Smart, But…

Cuoco was certainly smart to have Sweeting sign a prenuptial agreement as his net worth was only about two million dollars versus her 44 million. However, while a well-written prenup generally addresses asset division and support issues, they are not always ironclad.

In this case, Sweeting alleges that his circumstances have substantially changed due to numerous sports injuries and an addiction to pain killers which have prevented him from earning a living as a tennis player. So, while he didn’t need support when the prenup was signed, he does now.

3 Ways to Invalidate a Prenup

There are generally three ways to invalidate a prenup, by proving:

If Cuoco’s attorney did his or her job correctly, which seems to be the case, it’s most likely that she’ll prevail.

Prenuptial agreements, part of a strong estate plan, should always be prepared by experienced attorneys (a different one for each party) who know how to comply with the laws of that particular state and take into account what changes in the relationship might affect the validity of the prenup.

Today, 50% of all first marriages end in divorce; more than 70% of all second marriages do so. It makes sense to plan for the worst and hope for the best. Certainly, don’t risk your wealth and future by failing to have as ironclad a prenup (or “postnup” – an agreement made after marriage) as possible. It’s easier to accomplish than you would think and we can provide you with the tools you need to do just that. If you are contemplating marriage, please call our office immediately to make sure you’re protected.