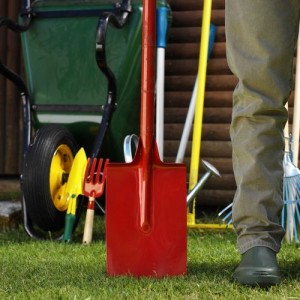 A Sonoma County bank overseeing the trust of a wealthy Kentfield divorcee who left a large chunk of her $8.5 million estate to her gardener and other non-family members will be allowed to dip into the fund to defend challenges from the woman’s daughter. That’s the published opinion of the state Court of Appeals in a decision that upholds parental rights to bequeath their money to anyone they choose.

In the case, Santa Rosa-based Exchange Bank was sued by Susan Doolittle of San Francisco, who alleges her mother was manipulated into giving a quarter of her estate to the gardener, Juan Ramon Amador of San Rafael. She argued payments to the bank’s lawyers must be stopped until she has a chance to prove allegations of elder financial abuse.

The Press Democrat in Santa Rosa, CA says that a three-judge panel rejected a daughter’s argument against her mother’s leaving a large sum to her gardener, holding that there wasn’t a legal basis for halting payments of bank lawyer fees. Without ruling on the merits of her elder abuse claims, the Court of Appeals ordered that the mother’s written instructions to defend her trust must be carried out.

“If a parent truly wants to leave something to someone who is not their natural heir, they can provide for the defense of that gift in the event the heirs attack it,” Santa Rosa attorney Lewis Warren told the paper in its article,“Big legal fight after Kentfield woman leaves part of $8.5M estate to gardener.” Warren represents the bank.

Doolittle is suing the gardener and Exchange Bank, claiming that her mother, Constance Doolittle, was suffering dementia when she hired Amador in 2004 to maintain her landscaping. In the lawsuit, the daughter says that he tricked Constance into thinking he had affections for her and convinced her to add him to her will, as well as to spend tens of thousands of dollars investing in coffee plantations in his home country of Nicaragua. If the trust is carried out, the gardener will get about $3 million.

Constance decreased the inheritances of her two daughters to $500,000 each and made Exchange Bank her trustee. The daughters were estranged from their mother, and Constance envisioned attacks on her competence, so she had herself examined by a psychologist. That doctor determined she had sufficient mental capacity to make financial decisions, and she had signed documents from an estate planning attorney who confirmed her decisions were not the product of fraud.

She died in February 2014, and her daughter sued a few months later.

“Connie obviously anticipated the possibility of a challenge after her death and there is no logical reason why she would have wanted her representatives to be compensated less generously,” than before she died, the judge wrote.

That was super smart, and something you should discuss with a qualified estate planning attorney.