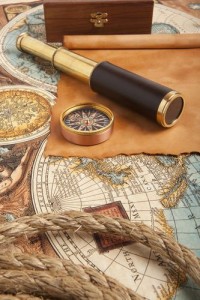 It is well-known that the Duchess of Medina Sidonia did not get along with her children. That family feud led to her attempting to see that the children did not receive the family archives and legacy. The children are now suing to get it.

Luisa Isabel Álvarez de Toledo could trace her heritage back to the man who led the doomed Spanish Armada attack against England. She was known as the “Red Duchess” for her vehement opposition to Franco. She also controlled her family’s private historical archive, which has an approximate value of $67 million.

In the 1990s, her children successfully sued her to stop her from giving away portions of the family estate. This caused a permanent rift and the Duchess decided to leave nothing behind for her children. Eventually, she created a foundation to hold the archives.

On her deathbed in 2008, the Duchess married her longtime lover and put her in charge of the foundation, believing this would effectively cut her children out of the estate. The Telegraph reported this story in “Children of ‘Red Duchess’ who married lesbian lover on deathbed in battle over legacy.” The children are now suing for part of the archive.

Under Spanish law children have a right to receive at least one-third of the estate of their parents. However, the courts will have to sort out whether that applies in a case such as this, where the property was actually given to a foundation before the parent passed away. It is clear that the intent behind the law is to make certain that parents cannot leave their children nothing. Thus, if policy dictates, it would seem the children should win.