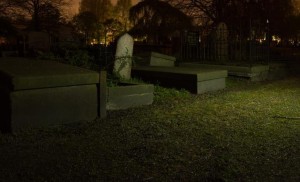 In the United Kingdom Lord Lucan was officially declared dead by High Court order in 1999. However, that does not mean that he is considered legally dead for all purposes.  In 1974 a nanny in the employ of the 7th Earl of Lucan was found murdered at the Earl’s home. His wife was found severely beaten as well. The Lord’s car was found bloodstained and abandoned.

The Lord has never been found. He was convicted of the murder and has been a fugitive ever since.  Over the years there have been numerous reported sightings. In 1999 the High Court declared Lord Lucan officially dead. However, reminiscent of the famous scene in The Princess Bride that ruling only makes Lord Lucan mostly dead.

The court’s declaration allowed property to go to heirs and let his family get on with their lives.  However, it did not allow for Lord Lucan’s son to inherit the title and become the 8th Earl of Lucan.  The Mirror reports in “Lord Lucan death certificate bid faces last minute legal challenge from son of murdered nanny” that the son has submitted an application to have his father declared “presumed dead,” which would allow him to inherit the title of nobility.

As the headline suggests the nanny’s son is asking that Lord Lucan not be declared presumed dead.  In the United States, we do not have to deal with titles of inheritance and the estate headaches that they can bring. On the other hand, we do sometimes have to deal with missing persons and when they can be declared deceased for other estate purposes.

If you have a relative who has been missing for a long time, you might want to speak to an attorney to see when you can and should apply to have him or her declared deceased.
Reference: Mirror (Nov. 7, 2015) “Lord Lucan death certificate bid faces last minute legal challenge from son of murdered nanny”