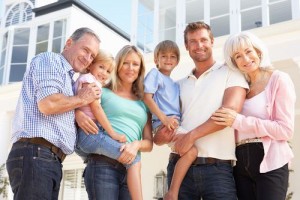 According to a recent study, family values, traditions and history still mean more than money as an inheritance.

These results are from the 2012 Allianz Life American Legacies Pulse Study* which surveyed baby boomers (age 47 to 66) and “elders” (age 72 and older). Allianz Life conducted a similar study in 2005. Interestingly, despite the financial crises that occurred between 2005 and 2012, the results were strikingly similar, with a high percentage of both boomers (86%) and elders (74%) agreeing that family stories, values and life lessons are the most important part of a family’s legacy.

In addition, in both studies, only four percent of boomers said that an inheritance is “owed” to them. By contrast, the number of elders who felt an inheritance is owed to their children dropped from 22% in 2005 to 14% in 2012; this may be a result of their concern about having to use more of their savings for living expenses, compounded by loss of savings from lower market values.

While the size of the financial inheritance is not seen as important, planning is. A high percentage of both groups (82-84%) emphasized having instructions in place in the event a parent were to become terminally ill or permanently unconscious. Both have strong desires to avoid family conflicts when it comes to estate planning and legacy issues. Younger people also believe that keeping family possessions is important.

Elders also want to impress upon their children the importance of personal responsibility. About three-fourths of elders surveyed have obtained some professional assistance with estate planning and have initiated discussions with their children about end-of-life and inheritance issues. By contrast, only about a quarter of the boomers have planned their estates and less than half have had discussions with their own children about these issues. That may be due in part to boomers being less frugal in general than their parents, or that they simply feel they have plenty of time left to plan.

The best course of action is to talk with parents or children about end-of-life issues (incapacity and health care directives, location of important financial documents, estate planning) and what is important to them and to you. Do this now, before illness or aging interfere and make it impossible.