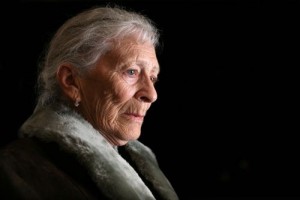 Death taxes are back in the news at the federal level as well as in Delaware and Minnesota.

What Happened to the Death Tax Repeal Act of 2015?
Back in February and March of 2015, identical bills calling for repeal of the federal estate tax and generation-skipping transfer tax were introduced in the U.S. House and Senate. In April 2015 the U.S. House passed the “Death Tax Repeal Act of 2015” by a margin of 240 to 179. While the votes were largely along party lines (233 Republicans voted for the bill, while 176 Democrats voted against it), seven Democrats ended up supporting the bill.

In spite of the Republicans’ majority in the U.S. Senate – there are currently 54 Republicans, 44 Democrats, and two Independents – the bill has stalled there. Why? Because Democrats have signaled that they will filibuster the bill, which means that at least 60 senators need to be in favor of repeal in order to overcome the filibuster. Since the two independents – Sen. Angus King (ME) and Sen. Bernie Sanders (VT), who is actually running for U.S. President as a Democrat – caucus with the Democrats, Republicans will need six Democrats to change their minds and vote for repeal. That’s a lot. And even on the slim chance that this would happen, President Obama has repeatedly expressed his support of the estate tax and would undoubtedly veto the repeal bill if it ever came across his desk.

Meanwhile, just last year Minnesota legislators tweaked their state’s estate tax laws by increasing the exemption from $1,000,000 to $1,200,000 and then increasing it in $200,000 increments on an annual basis so that it reaches $2,000,000 by 2018. But apparently this was not enough because in May 2015 a bill was introduced that will increase Minnesota’s exemption to $5,000,000 by 2018, after which it will be indexed for inflation so that it matches the federal exemption.

If you want to know more regarding this issue, don’t hesitate to contact us.