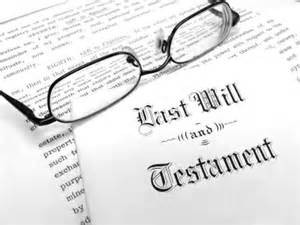 “When G. Andrews Smith of Dallas received a phone call in 2015 telling him that his brother-in-law had been in a life-threatening motorcycle accident and was unconscious at a hospital in Akron, Ohio, Mr. Smith and his wife, Patty, rushed to his side. But they quickly learned that family members had no say in his medical treatment because he was unmarried and had no living will outlining his wishes or giving power of attorney to a relative.

“We were pretty much on the sidelines,” Mr. Smith said. “It was even hard to find out his condition and what the prognosis was.”

His brother-in-law survived and is now in a rehabilitation program. But the experience was an eye-opener for the Smith family. Although Mr. Smith, now 63, already had a will in place for himself, he insisted that his two daughters, who were in their early 30s, also write wills.

A growing number of younger people have written wills in recent years. Most have included living wills, which name agents to handle decisions about their medical care if they become incapacitated.

The trend is most prevalent in tech-centric areas, like Silicon Valley, where many young start-up wizards have banked millions of dollars before their 30th birthday, and in major cities like New York, where terrorist attacks are seen as a serious potential threat.

Sept. 11 “hit home to a lot of people — it didn’t discriminate against 18-year-olds or 90-year-olds,” said Les Kotzer, a wills and estates lawyer at Fish & Associates in Thornhill, Ontario, and a co-author of four books on wills, including “The Wills Lawyers: Their Stories of Money, Inheritance, Greed, Family and Betrayal.”

Mr. Kotzer said that the deaths of entertainment figures like George Michael and Prince had hit home with a generation that grew up with their music.

And online services like Rocket Lawyer, LegalZoom, Nolo and LawDepot are making it easier and cheaper to write wills, said Susan Covell Alpert, the author of “Later Is Too Late: Hard Conversations That Can’t Wait” and “Driving Solo: Dealing With Grief and the Business of Financial Survival.”

Still, 64 percent of the general 18-and-over population in the United States did not have a will in 2016, according to Rocket Lawyer.

It often takes a life event like a marriage, the birth of a child, a divorce or a death in the family to motivate people to write wills. “It’s age-agnostic: more life-experience-driven,” said Robert Steen, advice director for retirement and estate planning at the San Antonio office of USAA, which provides financial and investment services to members of the military and their families.

Many people don’t realize that if no estate plan is in place, or if the terms are not explicitly laid out and regularly updated, there can be chaos after an accident or a death, even among the friendliest of siblings.

“When you’re both gone, you need to understand your children will fight, and if they don’t, you’re a 1-percenter,” meaning a rare case, said John Collins, a law partner at Haynes and Boone in Dallas.

When someone dies without a will, the state chooses guardians for minor children and a probate court decides who inherits the assets. “Your favorite charity won’t inherit. Your best friend won’t inherit,” Mr. Kotzer said. He recalls one client whose next of kin was found to be a distant relative who had never even met the deceased person.

“Look at Prince: He had no will, and everything is being decided by the courts, and there are fights within his family,” Ms. Alpert said.

No matter a person’s age, the job of writing a will is full of hidden traps. Here are some tips:

“Seventy-five percent to 80 percent of my clients do trusts,” said Elise Gross, a lawyer in West Palm Beach, Fla.

But a trust can cost $500 to $20,000 to set up. So in states like New York and Texas, where the probate process is streamlined and faster, experts recommend trusts only for people with assets of at least $1 million or those wishing to distribute money to children over a period of years rather than as a lump sum.

Mr. Kotzer recalled one client who had sold her home and transferred all her assets to her children with the understanding that they would provide her a monthly allowance to cover her expenses. But the client lived longer than expected, and when her monthly stipend came up short, her children scolded her for spending too much and were reluctant to give her extra cash.

“It was financial elder abuse,” Mr. Kotzer said. “They were holding her money and holding her hostage.”

Instead, experts recommend setting up a limited partnership, which lets you maintain control of your money until death. Or simply add a child’s name to a POD (payable on death) bank account.

Arrangements for digital assets, including passwords to banking sites, social media accounts and content libraries like iTunes, have become more common in wills, as have provisions for pets.

Planning for pets is no longer an afterthought or the whim of eccentric billionaires like the real estate tycoon Leona Helmsley, who left $12 million for the care of her beloved Maltese when she died in 2007. Today, “many treat their pets like a child and want them taken care of,” said Hillel Presser, president of the Presser Law Firm in Boca Raton, Fla.

Experts recommend that people review their wills and trusts at least once every three years, and more often if there is a major life event.

Most important, discuss your estate plan with loved ones so that there are no surprises or disputes after you’re gone. Use precise wording and avoid vague terms like “my memorabilia” or “my antiques.”

Many people now add a no-contest clause, which states that any beneficiary who legally contests the will or trust will be cut out.

It’s a good way to minimize fights, said Mr. Smith, who added the clause to his will. “If anyone disputes the will,” he said, “they lose out.””