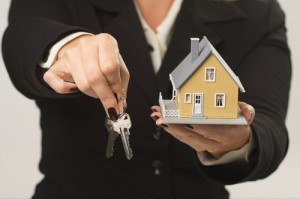 A homeless man in New York City claims that he was left an inheritance of $100,000 that the executor of the estate has refused to give him for three years.

Winfield Huppuch, a publishing executive, let his friend Raphael Lebron live with him for 12 years. When Huppuch passed away, his brother, acting as the executor of the estate, locked Lebron out of the apartment.

Lebron unsuccessfully sued to be allowed back in the apartment and became homeless. Now, a new dispute over the estate between Lebron and the executor has made its way to court.

Huppuch’s will left Lebron an inheritance of $100,000, money which Lebron says he needs to find a new home. However, in the three years since Huppuch passed away, the executor has refused to give the money to Lebron.

The executor’s attorney claims that Huppuch had second thoughts about his will and shortly before his death, went to the attorney and asked for a new will to be drafted. To provide guidance, Huppuch marked up his then current will with the changes that he wanted to make.

One of the changes was removing the bequest to Lebron. But before the new will could be drafted and executed, Huppuch passed away.

DNAinfo reported this story in “Homeless Man Says He’s Been Waiting Three Years to Get $100,000 Inheritance.”

This is one of those cases that presents courts with problems. Even though it might be clear that Huppuch intended to not leave anything to Lebron, ordinarily the will that was in effect when a person passes away is the ultimate say about who gets what. Consequently, the will legally in play would leave an inheritance for Lebron.

While exceptions can be made, it is not yet clear whether that is appropriate in this case.