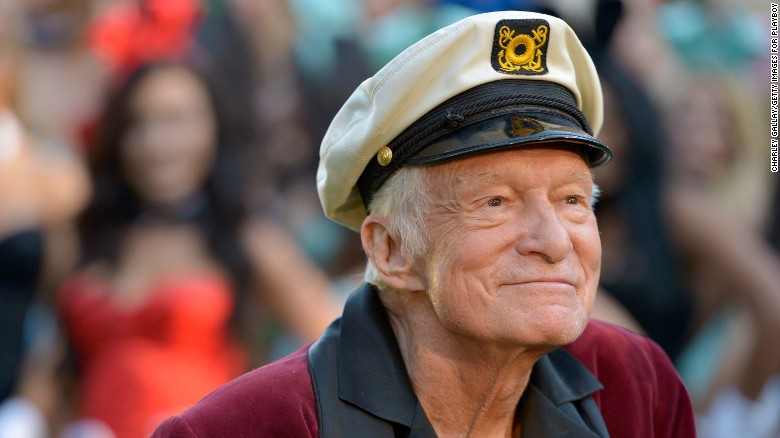 On September 28, 2017, Playboy founder and media mogul Hugh Hefner passed away in his Holmby Hills home. He was 91 years old. He left behind his wife, 31-year old Crystal Harris and four children, David, Marston, Christie, and Cooper. Naturally, people wondered just how much Hefner’s late wife would inherit as well as his four children. Unfortunately for Harris, there will be no inheritance for her at all, due to signing a very specific prenuptial agreement prior to marrying Hefner.

Prenuptial agreements are not at all uncommon for late-in-life marriages. One of the primary reasons for pre-nuptials is to ensure that children from prior marriages receive their inheritance. If there were no prenuptial, the surviving spouse would usually inherit most of the deceased spouse’s assets. The surviving spouse could then leave the assets to his/her children, and disinherit the children of the deceased spouse.

Per Celebrity Net Worth, Hefner owned 35% of the Playboy brand and the entire magazine at the time of his death. He also had $36 million in stocks and bonds to his name and $6 million in a joint account with an anonymous person. Hugh Hefner’s monthly income was nearly $300,000, with about $100,000 derived from Playboy Magazine.

Although prenuptial agreements, also known as “pre-nups,” are generally intended for asset protection in the event of divorce, they can also impact distribution of assets after death. People are puzzled by Harris’s motivation for signing such an agreement, given that Hefner was sixty years her senior when they married. It was in December 2010 that Hefner proposed to Harris, to an affirmative response. But Harris called off the engagement in 2011, citing reservations about Hefner’s lifestyle and other personal challenges. Outside sources report that Harris’s trepidation derived from the prenuptial agreement itself. In 2012 the couple reconciled, and married on New Year’s Eve at the Playboy Mansion.  Recent reports provide that the pre-nup left Harris with $5 million plus a house, worth an additional $5 million, that Hefner bought for her before transferring it into a trust that Harris controlled.

Although late marriages are often a recipe for a family feud (especially when the wife is decades younger), in Hefner’s case, Harris’ and Hefner’s children appear to get along. Sources indicate that the once skeptic family later became appreciative of Harris’s love for Hefner, especially in his last days.

More than Harris, people are wondering what will become of the famed Playboy mansion?  Hefner actually had sold the mansion in 2016 to his early 30s mogul neighbor, Daren Metropoulos for $100 million. The catch? Hefner didn’t get any of the money from the sale because he wasn’t the property owner—Playboy Enterprises was. Even so, Hefner had one very special perk: he got to live in the mansion for the rest of his life (in exchange for annual payouts of $1 million from Playboy Enterprises).