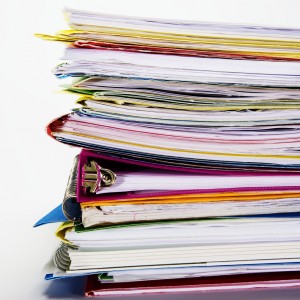 You may be thinking about handling all the paperwork yourself. It’s a tempting thought – why not keep things as simple as possible? – but a “DIY” approach to this process might cost you and your family dearly. Read on to understand why.

Consequences of Mishandling an Estate: Examples from Real Life

Example #1: Failing to disclose assets to the IRS. Lacy Doyle, a prominent art consultant in New York City, inherited a large estate when her father passed away in 2003. He allegedly left her $4 million, but she only disclosed fewer than $1 million in assets when she filed the court documents for the estate. Per the New York Daily News: “She opened an ‘undeclared Swiss bank account for the purpose of depositing the secret inheritance from her father’ in 2006 — using a fake foreign foundation name to conceal her identity… [she also] didn’t report her interest in the hidden accounts — nor the income they generated — from 2004 to 2009.” As a result of these alleged shenanigans and Doyle’s failure to report the accounts to the IRS, she was arrested, and she now faces a six-year prison sentence.

Example #2: Misusing power of attorney. Another famous case of an improperly handled estate involved the son of famous New York socialite, Brooke Astor. Her son, Anthony Marshall, was convicted of misusing his power of attorney and other crimes. Per a fascinating Washington Post obituary: “In 2009, Mr. Marshall was convicted of grand larceny and other charges related to the attempted looting of his mother’s assets while she suffered from Alzheimer’s disease. He received a sentence of one to three years in prison but, afflicted by congestive heart failure and Parkinson’s disease, was medically paroled in August 2013 after serving eight weeks.”

We’re here to help you steer clear of the obstacles and free you to focus on yourself and your family during this difficult time. We can help you manage estate and trust related concerns after your loved one dies, as well as point you towards other useful resources.