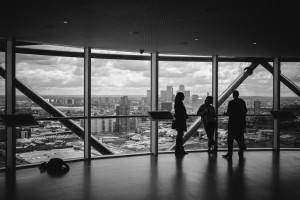 The legal dispute surrounding the roughly $200 million estate of the late Charlotte developer Henry Faison has been resolved, with his company winning forgiveness of more than $100 million in loans he’d extended to it. The assets were in dispute because Faison tried to update his will so that a large portion of his wealth would go to a charitable foundation rather than to his company, Faison Enterprises. Despite a trail of emails and memos outlining that intention, he didn’t sign the legal documents making it official before his sudden death in 2012 at 78.

In North Carolina, a written will isn’t valid unless it is handwritten by the decedent or is signed by that person and witnessed by two uninterested individuals.

In this court case filed by Faison’s sons, Jay and Lane, they asked the court to force Henry’s company to allow the assets, including $105 million in loans extended by Faison, to pass to his foundation. The dispute centers on Henry’s June 2000 will, which left the residuary of his estate to Faison Enterprises.

However, Henry changed his mind in summer 2012.

As The Charlotte Observer detailed in an article titled “Settlement reached in lawsuit over late developer Henry Faison’s estate,” Henry decided to leave most of his personal wealth to a charitable trust he planned to name after his dog, Skeebo. This change would avoid about $110 million in federal estate taxes and allow the foundation to support conservative causes, according to court papers. But Henry passed away right before he could sign the will or the documents creating the trust.

Faison Enterprises argues that the sons are proposing a type of “post-mortem tax and estate planning” prohibited by state law. The company’s lawyers said Henry repeatedly declined to sign a 2012 draft will—even though he had it for more than two months before he died. They said his 2000 will should be followed.

The original article reported that the parties came to a settlement and that agreement was incorporated into an order from the Superior Court. The judge directed that the loans be distributed to Faison Enterprises, which means the company won’t have to repay them. He also required Jay and Lane Faison, co-executors of their father’s estate, to refund $1 million in interest the company paid on the loans and pay the company’s legal fees up to $2.5 million. The judge’s order also permitted Faison Enterprises the option to purchase certain properties owned by the estate.

After all legal fees, distributions and other expenses are satisfied, the remainder of the estate goes to the Skeebo trust.

This is a pretty straightforward situation that went sideways real fast because the decedent failed to make his intention known by signing a valid will and have his estate planning documents, such as a trust here, in order. You can avoid this type of prolonged and heated litigation by speaking with an experienced estate planning attorney. Get your business succession plan set and your personal asset distribution strategy defined to prevent your heirs and business associates from fighting in court after you’re gone.