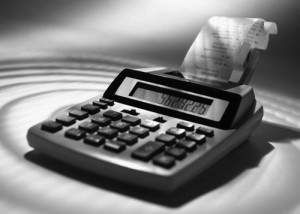 This is the time of year when certain money issues come more into focus, including those related to income-tax planning, charity scams and checking up on the financial health of family members. Tax planning isn’t shaping up as anything remarkable over the waning weeks of 2015. Congress hasn’t passed any blockbuster legislation affecting individuals this year and, with gridlock on Capitol Hill, might not.

That leaves the fate of several popular tax provisions dangling. These “extenders” must be acted on fairly soon or they won’t be in force for the coming tax-return filing season. These include a higher-education tuition and fees deduction, a mortgage-debt forgiveness exclusion and a classroom-expense deduction for teachers.

Also up in the air is the optional deduction of state and local sales taxes in place of state and local income taxes, which could impact your decision to make a big-ticket purchase before year’s end, a recent Arizona Republic article says.

The article, “Time for seasonal planning for taxes, charities, more,” notes that one of the extenders in limbo is the option for people age 70½ and older to donate an IRA distribution to charity, rather than include it first as taxable income. This could be an issue for those seniors trying to decide how much of their required minimum distributions to take before the end of the year. A large 50% tax penalty applies on the amount of required minimum distributions that isn’t taken.

The capital-gains rules are pretty much the same this year, but some will see some big losses for the first time in a while due to the late-summer swoon in the stock market. Investors are always prudent to look at paper gains and losses in taxable accounts, with an eye on realizing losses before end of the year. If your losses exceed gains, up to $3,000 of the excess can be used to offset ordinary income. Additional losses can be carried forward to future years.

Otherwise, taxpayers generally would be better off deferring taxable income to next year, if they can, while accelerating deductions so they can be taken in 2015. However, that strategy doesn’t necessarily play out if you think you’ll have much larger deductible expenses next year. In that case, it might be wise to group deductions into either this year or next, if you believe you’re not going to qualify to itemize both years. For instance, charitable donations are one type of deductible expense with timing that’s easy to control.

Make certain that your gifts count by conducting some research on the groups. Look for non-profits with missions with which you agree and search for their impact, such as the number of meals served, low-income homes built, or animals rescued. Non-profits that are run efficiently are better choices, where most of the money raised is earmarked for programs and not overhead, like executive salaries.

Make sure that the charity is for real. Many seniors are susceptible to giving away their money for reasons such as fear, loneliness, or cognitive problems. Fraudsters prey on these folks.

Be aware of several telltale signs that there might be a problem. Some are obvious, like large, unexplained loans taken out by a senior, or if you see that certain personal belongings are missing. Also, watch for large credit-card charges, gifts to a caretaker, routine bills not being paid, and changes to the person’s will or other estate-planning documents.

A sudden increase in spending and atypical, big withdrawals are red flags. Another tip-off is a senior looking to buy risky assets that are out of character with his or her stated investment objectives.

It can be a good idea for elderly folks to sign emergency contact forms—before it’s needed—that authorizes a trusted adviser to speak with adult children or other relatives in case of emergencies or if they feel there’s a problem. Otherwise, account-privacy laws can stifle this type of communication.