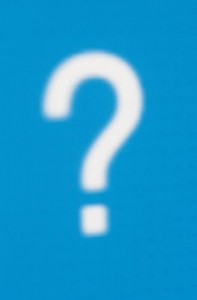 The contentious battle over the trust of the late Richard Mellon Scaife has taken an interesting turn as new court filings make it appear that at least one of the three trustees may have suspected the trust was being mismanaged. Richard Mellon Scaife’s mother created a multi-million dollar trust for his benefit. When he passed away, the remainder of the trust was then supposed to pass to his children. However, instead of receiving a windfall the children received nothing because when Scaife passed away there was nothing left in the trust.

Scaife had apparently drained the trust of all of its assets to prop up his failing newspaper. His children are suing the trustees on the basis that they should not have allowed Scaife to drain the trust for that unintended purpose. As the Pittsburgh Post-Gazette reports in “Scaife children say they were kept in dark about trust as it was drained,” it appears that one of the trustees, PNC Bank, was aware that there was a potential issue with the way the trust was being administered.

It further appears that, in conversations with its legal advisors, PNC was wondering if Scaife’s requests were proper and, if not proper, how the bank could protect itself from potential liability for accommodating them. The children claim that they were never informed.

While this case is still in its infancy, these revelations do not bode well for the trustees. If they knew that the trust was not supposed to be completely emptied by Scaife, then the trustees had a duty to say “no” to his requests. If they failed in that duty, then they can be held liable for that failure.

Reference: Pittsburgh Post-Gazette (Nov. 6, 2015) “Scaife children say they were kept in dark about trust as it was drained”

Don’t let your Trustees fail you, learn how to set things up the right way, visit our website for more information.