Check out this article courtesy of STEP: 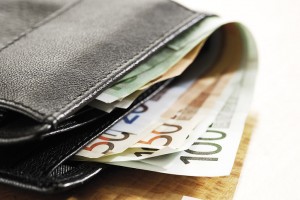 “Argentina has agreed a USD163 million settlement that ends ten years of litigation with Luxembourg, and British Virgin Islands-based investment funds known as the HWB Entities, it is reported. The settlement was made with additional creditors holding defaulted sovereign bonds, the court-appointed mediator, Daniel Pollack, said in a statement.

The individual investors in the funds – HWB Victoria Strategies Portfolio, HWB Funds and U.V.A. Vaduz – are primarily from Germany.

Pollack said Argentina believes 98 per cent of all holdout creditors have reached a settlement, with Buenos Aires almost finalising deals on a USD100 billion sovereign debt default from early 2002.

“It is my hope that the few remaining ‘holdout’ claims will be resolved in the next six to 12 months,” Pollack added. Analysts and lawyers said 27 cases representing 300 individual bondholders have now been closed.

“Several weeks ago, the HWB Entities attempted, unsuccessfully, to seize two military helicopter engines belonging to the Argentine Air Force in repair at GE facilities in the United States,” Pollack said. The presiding US District Judge, Thomas Griesa, called for both sides to return to the negotiating table, where an agreement was subsequently reached in both US dollars and euros. The nominal value of the bonds was not disclosed.

The latest settlement was made on the same terms as agreements ending 14 years of legal conflict, and made in February 2016, between Argentina and its largest creditors, who held out from two previous sovereign debt settlements. The settlements allowed Argentina to return to international capital markets, an important step in paying for much-needed economic development.”